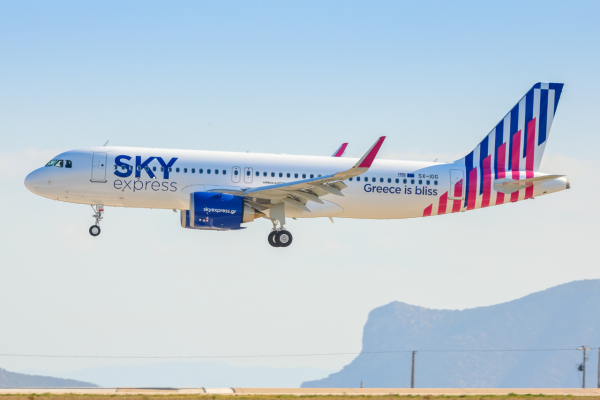 Delta Air Lines and Greek carrier SKY express have announced an interline agreement to provide convenient connections for customers between North America and Greece. Delta is offering a record number of flights between the U.S. and Athens this summer, with services from Atlanta, Boston and New York-JFK, as Greece continues to grow in popularity with American travelers.

Effective May 19, Delta customers flying from North America will be able to fly on one of Delta’s daily nonstop services to Athens then connect to 34 hotspots across Greece and Cyprus operated by SKY express. Destinations available to Delta customers one or two stops from the United States include the picture-perfect islands of Mykonos, Kefalonia and Santorini; family favorites Crete and Corfu; and Larnaca in Cyprus.

“Greece is one of the most sought-after destinations this summer for American travelers and with trade and tourism flows increasing between our countries, Delta’s partnership with SKY express gives our customers more versatility when it comes to planning the perfect Greek getaway,” said Perry Cantarutti, Delta’s senior vice president Alliances. “Customers will be able to hold a single Delta ticket and check their bags from North America all the way to their final destination, providing customers with a seamless service to some of the most beautiful islands in the Mediterranean.”

Yiannis Lidakis Commercial Director of SKY express, said: "With one of the youngest fleets and an unrivalled network, this arrangement with Delta will allow customers across the U.S. to connect to the magical charm of the Greek islands.”

The partnership is another milestone for Delta, offering even greater network opportunities for North American customers and improving connections to Greece. The new routes complement Delta and SKY express destinations available through existing agreements with Air France and KLM via Paris-Charles de Gaulle and Amsterdam’s Schiphol Airport.

SKY express operates a fleet of modern, fuel-efficient aircraft comprising A320neo and ATR 72600 aircraft suited to the geographical environment of the Greek islands.

Customers requiring further information, and who wish to book flights between the U.S. and Greece can do so by visiting www.delta.com and www.skyexpress.gr

SKY express, member of ERA is the fastest-growing Greek airline, which is redefining the landscape of aviation in Europe. Apart from operating the largest network in Greece (34 in total, including many public-service operating routes), now covers multiple destinations in Europe (Greece, Cyprus, Belgium, UK, France, Italy, Denmark, Romania Netherlands, Estonia, Portugal) and keeps growing. Moreover, it has brokered significant interline agreements with global airlines such as Air France, KLM, Qatar Airways, American Airlines, Middle East Airlines, Cyprus Airways, Condor, El Al, Transavia, Air Transat, Royal Jordanian and easyJet. Last year, SKY express modernized its fleet with the acquisition of brand-new Airbus A320neo (x6) and ATR 72-600 (x6), making one of the largest investments in the world in the field of aviation in an unprecedentedly challenging period. With its new aircraft, SKY express operating the youngest and greenest fleet in Greece and one of the most environmentally friendly fleets all over Europe.