How time flies! It is almost 10 years since Delta joined forces with Air France - KLM across Atlantic.

Now a new campaign is highlighting just how far the airlines’ network stretches across North America plus everything Delta has to offer on board - from delicious cuisine to the latest technology.

Commuting to work or hitting the shops? You’ll see the Delta and Air France brands splashed across some of Paris’s busiest areas, including La Defense, the iconic Le Printemps store, and the largest Metro stations. And if you’re glued to your phone, you can also catch it online and on social media platforms.

As well as highlighting Delta’s expansive network, the campaign promotes on board dining and Wi-Fi – where Delta leads the way, with high-speed connectivity and free mobile messaging on every two-cabin flight.

The campaign builds on Air France’s extensive brand awareness in France and runs for the next eight weeks ahead of the May 20 anniversary milestone. 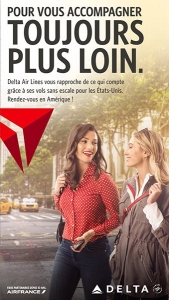 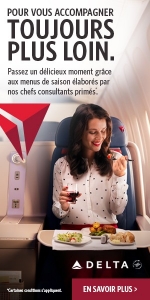 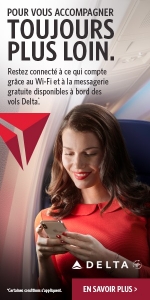