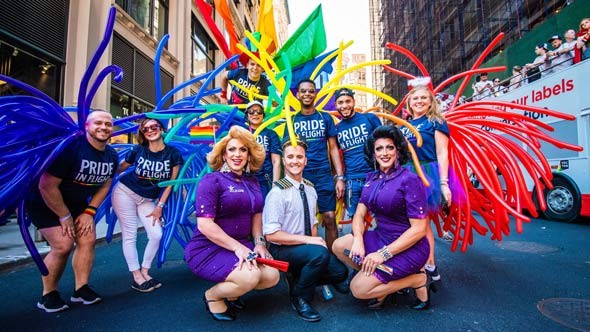 To connect the world we have to reflect the world. The LGBTQ+ community is made up of Delta employees and customers and this weekend, Amsterdam became the third European capital where Delta people came to celebrate diversity at the city’s Pride parade.

Beyond sponsoring parades, Delta advocates for the community by supporting employees, meaningful organizations and LGBTQ+ movements around the globe.

It’s one of the reasons Delta was recognized as a “Best Workplace for Diversity” by Fortune for three years in a row.