Delta continues to earn accolades from its travel partners across the industry and around the world. The airline was recently recognized with a Gold-level honors for Best Airline in the Stella Awards, Delta’s sixth consecutive year of receiving this award.

This year, nearly 6,000 votes were cast from around the world for the 561 destinations, hotels and service providers nominated in 16 categories across six regions in the United States and worldwide. Winners were selected for achieving overall excellence, superb food and beverage, professionalism of staff, sustainability initiatives and other critical aspects of the meetings and event experience.

Other recent honors include:

The Visionary Awards are given annually to acknowledge the forward-thinking airlines, destinations, hotels & resorts, cruise lines, CVBs/DMOs, and convention centers of the industry. Prevue’s readers (Readership: 132,300) and esteemed Advisory Board vote to determine the winners in each travel category. Prevue promotes the Visionary Awards through dedicated email blasts to 30,000 opt-in subscribers online, social media, banner ads on the Prevue website, newsletters, and in the print edition of the magazine.

For the fifth consecutive year, Delta was named Travel Weekly’s best overall U.S. carrier at their annual Magellan Awards, which honors the best in travel and salutes the outstanding travel professionals behind it all. Delta was recognized for achievements in customer health and safety, flexibility and innovation. Delta Vacations was also honored with a Gold-level award as best overall tour operator.

​The power of connecting in-person for business was the theme of this year's Business Traveller Awards held in-person on Oct. 31 in London for the first time since the pandemic. And Delta's connection with U.K.-based business customers proved stronger than ever, as we took the "Best North American Airline" award for the fifth year running.

One of the highlights in the business travel and hospitality community for more than 30 years, the Business Traveller Awards cover every aspect of corporate travel – from hotels and airlines to trains and car hire. Categories are voted for by readers of the magazine, the leading publication for frequent corporate travelers, which has nine global editions including one in the United States.

Other recent award wins for Delta in the EMEAI Region include: "Travel Partner of the Year: Long-haul airline" at the BTA Europe Awards and the "Best Airline for Business Travelers – Long Haul" at the Mission Europe Awards. 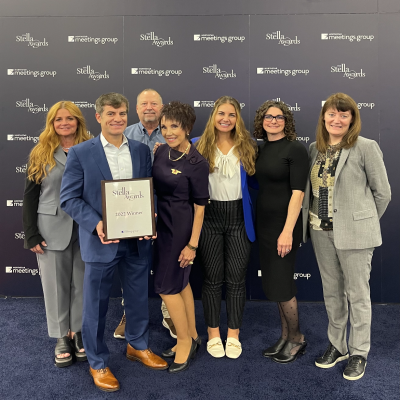 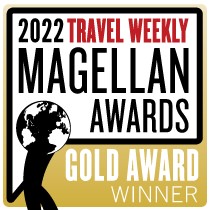 © 2023 Delta Air Lines Inc.
When visiting Delta Professional, we recommend using one of the following supported browsers. Using an older or non-compatible browser may result in a less than desirable user experience.