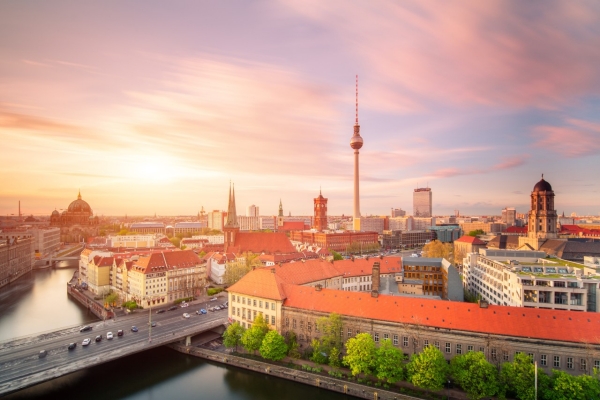 Customers looking to get an early start to their summer 2023 vacation planning will find that Delta is expanding its service across the trans-Atlantic, with 8% more available seats than summer 2022. The airline will offer new or resumed flights to destinations including London-Heathrow, Paris, Geneva, Stuttgart and Berlin.

“Next summer, Delta will give customers expanded access to popular destinations across the trans-Atlantic, continuing to solidify its position as the number-one carrier in New York,” said Delta's Senior Vice President of Network Planning Joe Esposito. “With nearly 620 weekly flights and connectivity to 32 destinations in Europe and beyond, customers will have a wealth of iconic destinations to explore and an unmatched journey to enjoy across the pond.”

To bolster Delta’s No. 1 domestic position in New York City, the airline will deliver its largest trans-Atlantic schedule ever from JFK next summer by offering more than 220 weekly departures to 26 destinations, including new daily service to:

JFK is undergoing a $1.5 billion transformation as part of Delta’s decade-long $12 billion investment in U.S. airport infrastructure. The expansion will include a new Delta Sky Club on the A Concourse of Terminal 4 as well as a Delta One Club featuring a dedicated level of service that further elevates the lounge experience. Once complete in early 2024, all Delta operations will be consolidated into one terminal, enabling a more convenient travel experience for customers.

With approximately 800 peak-day flights to destinations across the globe, Delta is Atlanta’s hometown carrier as well as its largest global connector.

With approximately 800 peak-day flights, Delta is the largest international carrier in Atlanta, where the hub also serves as the largest global connector. And next summer, the airline will add 11 weekly flights to three trans-Atlantic destinations including:

As LAX’s largest global airline, Delta prides itself on providing Angelenos with unparalleled global access by flying to places like Tahiti. Summer 2023 will build on this excitement by relaunching service to cities that haven't been serviced in years including adding daily service to:

Additionally, Delta remains committed to transforming the airport experience at its west coast hub, with the brand-new T3 facility opening to customers on Oct. 5. This next major infrastructure milestone will feature nine new gates with spacious gate seating areas as well as premium concessions and retail offerings.