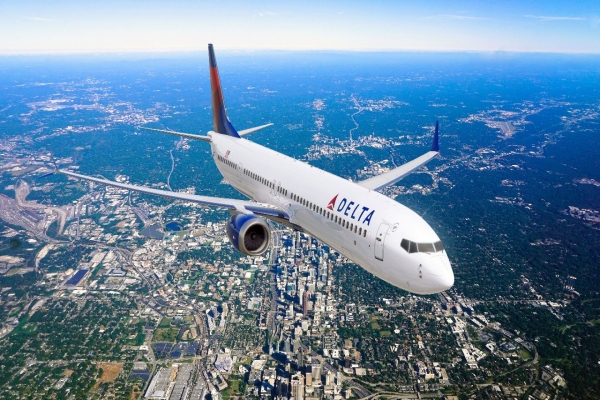 Delta Air Lines will add the state-of-the-art Boeing 737 MAX aircraft to its fleet, as the airline continues to refresh its fleet to elevate the in-flight customer experience while improving fuel efficiency.

Delta is ordering the largest model in the MAX family, the 737-10, which will begin delivery in 2025. It will be powered by the next-generation LEAP-1B engines manufactured by CFM International, a company jointly owned by GE and Safran Aircraft Engines. The aircraft will be 20%-30% more fuel efficient than the retiring Delta planes it will replace, making the agreement an important step in Delta’s journey toward a sustainable future for aviation.

“The Boeing 737-10 will be an important addition to Delta’s fleet as we shape a more sustainable future for air travel, with an elevated customer experience, improved fuel efficiency and best-in-class performance,” said Ed Bastian, Delta’s chief executive officer. “These new aircraft provide superior operating economics and network flexibility, and the agreement reflects our prudent approach to deploying our capital.”

Most importantly, Bastian said, “This aircraft will be piloted, served and maintained by the very best professionals in the business, and it’s their hard work and dedication to our customers that always sets us apart.”

“We are proud that Delta is renewing its single-aisle fleet with the 737 MAX, Boeing’s most fuel-efficient family of airplanes,” said Stan Deal, president and CEO of Boeing Commercial Airplanes. “Built in our factory in Washington state with support from key suppliers across the US, the 737-10 will provide Delta with the best economics to carry more passengers across its short and medium-haul routes.”

The announcement was made at the 2022 Farnborough International Airshow in the U.K., and included a signing ceremony with Delta, Boeing and CFM executives.

The order is within Delta’s 2022-24 Capex guidance provided at Capital Markets Day in December 2021.

Nearly one-third of the aircraft’s 182 seats will be premium seating, with 20 customers in First Class, 33 in Delta Comfort+ and 129 in Main Cabin. Customers will experience the Boeing Sky Interior, highlighted by modern sculpted sidewalls and window reveals, with in-flight entertainment and power ports in every seat; high-speed satellite Wi-Fi throughout the aircraft; and on-demand video content available through Delta Studio. The cabin will also feature LED lighting that enhances the aircraft’s sense of spaciousness and large pivoting overhead bins.

With a top speed of Mach 0.79 and a range of 3,300 nautical miles, the 737-10 has broad flexibility to serve markets across the U.S. within Delta’s industry-leading network. The aircraft will be deployed in core hubs including New York, Boston, Atlanta, Detroit, Minneapolis-St. Paul, Seattle and Los Angeles.

Final assembly of the plane will take place at Boeing’s facility in Renton, Wash., near Delta’s international hub at Seattle-Tacoma International Airport.

The aircraft will complement Delta’s high-performance A321neo fleet as the airline updates and refreshes its narrowbody fleet for the years ahead. With the order, Delta’s Boeing 737 fleet will grow to more than 300 total aircraft and will be Delta’s second-largest fleet family behind the Airbus A320.

The 737-10 is currently awaiting final certification from the Federal Aviation Administration, which is expected in 2023. In the event of a delay, the agreement has adequate protection in place, including allowing Delta to shift to another model of the MAX family if necessary.

The order is the latest Delta initiative to elevate and reshape the future of air travel in the air and on the ground. That includes a $12 billion long-term investment in new and upgraded facilities at airports in New York, Los Angeles, Salt Lake City, Seattle and other key cities; new, expanded and enhanced Delta Sky Clubs in airports nationwide; upgraded high-speed on-board WiFi; expanded in-seat in-flight entertainment throughout Delta’s fleet; and new digital tools to improve convenience and reduce stress at every point of the journey.