Delta is offering the option to purchase fares with additional flexibility using an easy-to-read display in the GDSs and in some corporate online booking tools (OBTs)1.

Many routes in Domestic, Latin America and trans-Atlantic markets offer these fares and Delta plans to continue rolling out systemwide through the coming months. The refundable fare can be identified by the fare basis code or in the fare rules and must be purchased at time of booking. Examples are provided below for reference.

Initially, refundable fares featured the option to purchase additional flexibility in the GDS or OBT channel displays across each cabin product type, excluding Basic Economy, for most domestic and international flights.

Instructions on how to Price a refundable fare in the GDS

When searching for refundable fares, for example a flight from ATL to LAX, users can search for a fare quote using the entry below and proceed through the fare options to arrive at “Refundable” fares DL0/REFMAIN (see third screen below) 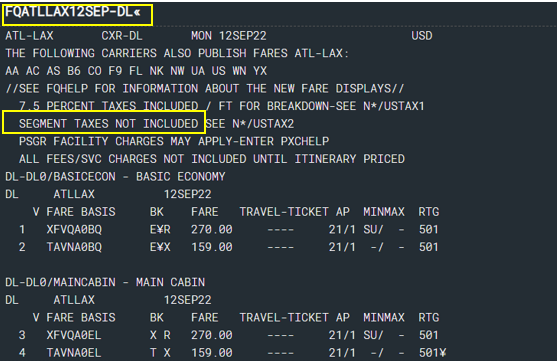 The screen will indicate the user is viewing Refundable fares. Additionally, the Fare basis codes display one of the following characters in the 4th position (For domestic fares): 1/2/3/4/5/H/P/R/X/Y/Z 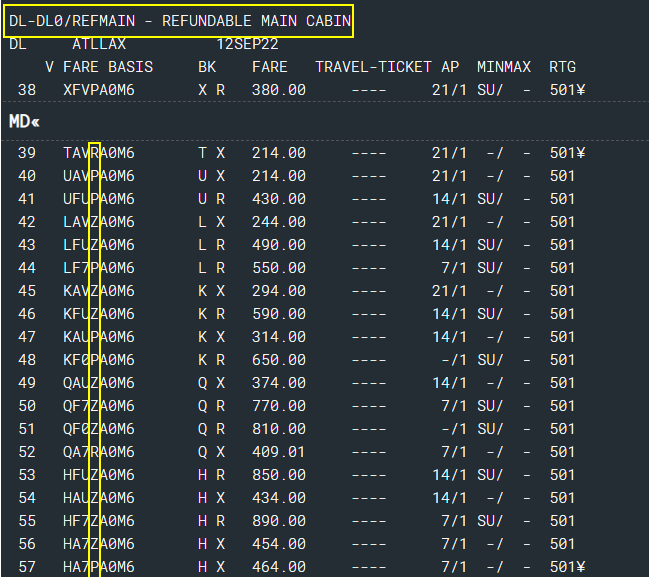 A fare entry in Worldspan (1P) does not provide brand or refundable information in the display. Refundable fares must be identified through the fare basis code by looking at the corresponding character (when the 4th character for domestic fares is 1/2/3/4/5/H/P/R/X/Y/Z, the fare is refundable, see the table below). 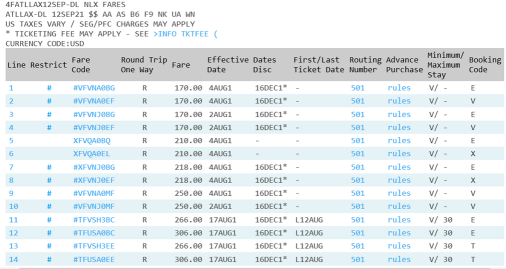 After a fare search, when clicking on the dollar amount highlighted in blue, the brand options will appear in the rands and Ancillaries tab.

After using the entry for a fare quote, moving through the screens will bring you to “REFMAIN” which will indicate the “refundable main” fares. 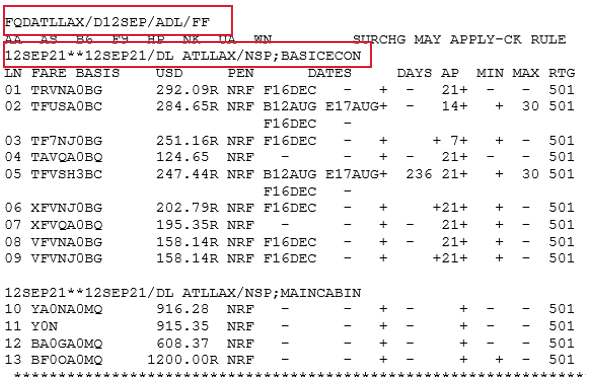 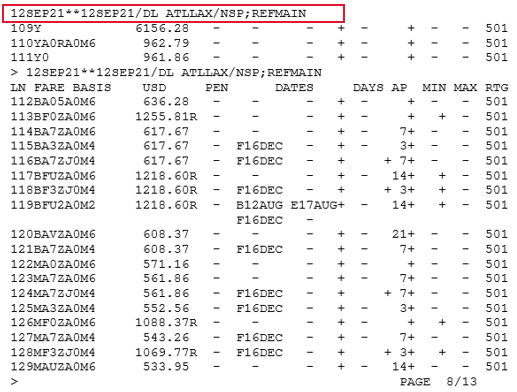 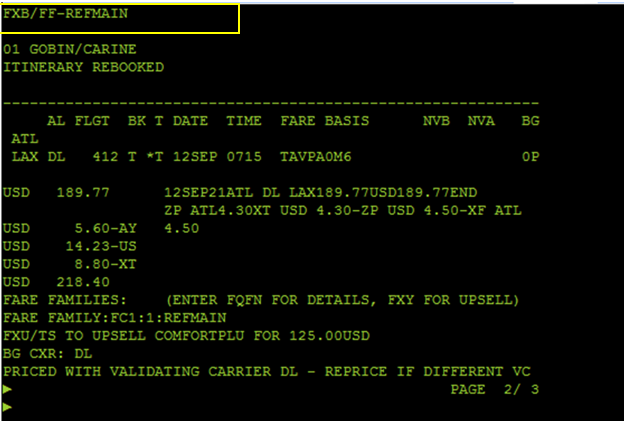 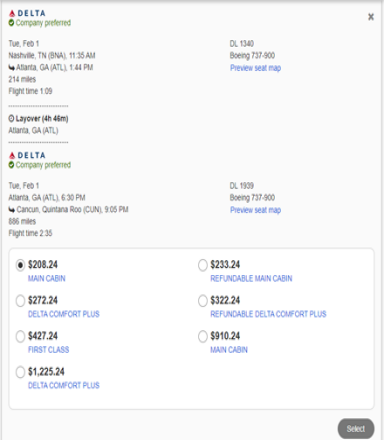